Not My Father’s Faith

I’m back. After a two-month hiatus from the blog that saw me concentrating on other writing projects, I am going to be shooting for weekly blog essays on various topics going forward. I am also finishing a writing assignment for a new dictionary of Christian history. Fascinating research about some fascinating topics and individuals, with about a 50/50 split. The essay on Charles Hodge of Princeton reminded me again of what a prodigious scholar and churchman he was. I was supposed to write 500 words about him, but—seriously!!!—500 words is hardly doable! The essay ended up being 650 words, but I am not sure I did him justice! I hope to offer some of these stories in the days ahead on the blog. 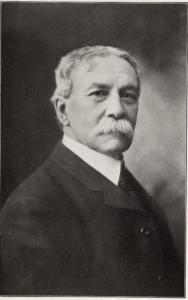 However, I recently had a new (old) essay published by the American Baptist Quarterly that is the impetus for this week’s blog. The essay was written more than ten years ago using research I came across when I was given a grant to use the collections of the Rockefeller Archive Center in Sleepy Hollow, New York. The RAC, as you might imagine, is the repository for the archival material of John D. Rockefeller, Sr. (1839–1937) founder of Standard Oil and the richest man in history until recently when early last November he lost that eighty year distinction when Elon Musk overtook him, at 340 billion which is what JDR’s fortune was valued when adjusted to inflation. He was also a Baptist layman who fell under the influence of men like William H. P. Faunce (1859–1930), pastor for ten years of what would become Riverside Church. In Sr.’s day, it was Fifth Avenue Baptist Church. Sr. moved his family and his rapidly growing oil business headquarters from Cleveland, Ohio to New York to Fifth Avenue where he attended the church once pastored by Thomas Armitage. Faunce became pastor in 1889, before he went to Brown University in 1899, becoming the president for the next thirty years. He raised the ire of the fundamentalists during the controversy of the 1920s.

As I was working on various collections of Rockefeller material related to the Northern Baptist Convention—Sr. and Jr. were heavy contributors to the NBC, sometimes donating upwards of nine percent of its annual budget—I came across a collection of letters that Augustus Hopkins Strong (1836–1921) wrote to his son Charles Augustus Strong (1862–1940) during the final decade of AHS’s life. The younger Strong had been raised to follow in his father’s footsteps, even studying at the Rochester Theological Seminary where his father was the president and professor of theology. However, Charles went to Harvard after RTS and studied philosophy under William James and became a close friend of George Santayana, with whom he shared a philosophy prize together to study in Europe and maintained a life-long friendship.

The reason the letters were in the RAC was that Charles had married Elizabeth Rockefeller (1866–1906), the eldest child of JDR, Sr. whom Charles met in Cleveland when his father AHS was a pastor. In the absence of JDR’s regular pastor, AHS preached a funeral for a JDR child and the two men—the future theologian and the future oil magnate became acquainted, with their children ultimately marrying. AHS and JDR became “friends” which served the seminary president well as AHS often tapped JDR’s larder for the needs of RTS. The RAC is also the repository of the Charles Augustus Strong papers. 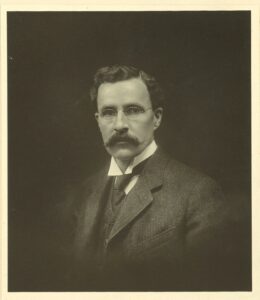 Without telling the full story recounted in the article (read the essay!) the short version is that Charles “lost” his faith and was put under church discipline by the family’s church, Second Baptist of Rochester in 1892. He became an out and out skeptic and never returned to Christianity. In the letters I “discovered” (I am not aware that any AHS scholar has cited from this collection ever!), about four hundred in number spanning about ten years, the elder Strong tried to woo the younger man back to his Christian roots, even going so far as to convince the Second Baptist church to rescind the church discipline without Charles returning to the faith. 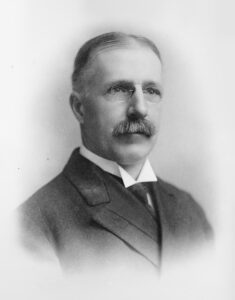 It is a tragic story of the abandonment of the faith from one generation to the next. Yet this is hardly an isolated incident. In 2019, I had a similar essay “A Young Man’s Difficulty with His Bible: Not My Father’s Faith” published in Once for All Delivered to the Saints, where I discuss a comparable story—the life of Faunce whose father was orthodox while the son left orthodox Christianity during the ascendancy of theological liberalism among Northern Baptists. The father, Daniel W. Faunce, wrote a series of books about the Bible that seemed to track his efforts to woo his son to return to historic orthodoxy (see the Faunce essay for details).

This brings me to my ultimate purpose in writing this essay this week—a pastor’s greatest heartache is watching his children abandon the Gospel he has labored so long to declare. It has happened again and again—in church history and in contemporary life. I learned recently of a brother whose child informed him of such a departure. In fact, I have a list of children of ministry brothers who have experienced similar personal sorrow for whom I personally pray on a regular basis that they might return to the faith or, in many cases, might be converted. Children who announce to their parents that they no longer believe what they were led to believe as children, may not have lost their faith. They may actually not have possessed it in the first place. Many of these now adult children made “professions” of faith and were duly baptized in their faithful father’s churches by their fathers who were, in turn filled, with great expectations regarding how God might use their children for his glory in future days. Yet in adulthood, out from underneath the watchful eye of their fathers, or perhaps while still living at home, these children walked away from Christianity. Of course, pastors are not the only ones who experience this heartache. Many a fine Christian couple has wept over the departure of a child from Christianity. It is a great sorrow.

The list of sin and depravity that these ministry children engage in need not be rehearsed here. Sometimes, these wayward children do not formally renounce Christianity but practice sinful behavior at variance with their Christian profession. At other times, they announce rather publicly their rejection of Christianity. Of course, the question that is agonized over by my ministry brothers (and their wives) is “Where did I go wrong? How could my son or daughter do this? What did I miss?” Let me say at the outset, that as fathers, we failed our children in many ways. We were too busy, too distracted, too forceful, not forceful enough, too rigid, too lax, too, too, too. Yes, we do soul searching as we should, but we must also remember that it is not a wonder that so many reject Christianity but that so many don’t! The ministry can be hard on our children. Try as we might, we cannot always insulate our children from our own sins or the sins of others. We work constantly to shepherd their hearts toward God. But remember, only God can change the heart of anyone—you, me, and our children. We beg God for his mercy, yet at times, all the pleading in the world seems insufficient to stop what is happening with our children.

This essay is not meant to be one of gloom and despair but one of hope. What can we do when this happens to our children? Our sons and our daughters? What can we do? First, we must remember to love them unconditionally. Our unconditional love, like God’s unconditional love for us, not loving them in their sin but loving them despite their sin, may yet touch their hearts. We also need to pray for them regularly without nagging them. They likely know what we think and have heard it all before, a hundred times. Will rehearsing things over and over really help or will it drive them further away? Look for occasions to slip in gospel truth into conversations without being overbearing. Petition others to pray for them. Petition God to send other messengers to bring His Word to their hearts and minds. As ministry men, we should pray for each other and for each other’s children (and now that I am a grandfather, for our grandchildren). We must hold out hope that the grace of God can reach into the darkest places and shine light. It’s not over until it’s over. May God be merciful to us and to our children. In this ever darkening world, we desperately need his grace and so do our children. God’s purposes will not be thwarted. Can we trust Him with these needs?

What we must not do is what AHS did. At the end of his journey, his regrets over his son’s departure from the faith prompted him to do some bizarre things. He petitioned the Second Baptist Church to repeal the act of church discipline of twenty-five years earlier. The church agreed but this action was taken without Charles ever returning to the faith. AHS tried to convince CAS that he really was a Christian even though there was no evidence or claim to that end. It’s a sad story, made sadder by AHS’s appeal. God be merciful!