Baptists and Freemasonry: A Progress Report

As many of you know, I have written a couple of essays on freemasonry in the past, here and here. I have been interested to see that these essays are being accessed daily, though it has been months since they were written. The first essay has been my most read post, not initially but in the aggregate. I continue to get readers of the post virtually every day. That essay has also been my most commented upon post. I am not sure if people are expecting me to endorse or renounce freemasonry, but the readers keep coming. I thought an update on my “Baptists and Freemasonry” project is in order.

First, let me remind you that I became interested in this when I was asked to consider finishing a biography that Baptist historian Terry Wolever had started but was left incomplete due to his sudden death in April of 2020. Terry was the editor at Particular Baptist Press in Springfield, MO for twenty years. He was a tireless researcher and a prodigious author. Terry had numerous projects on the go when the Lord decided his earthy journey was over. Among the projects left incomplete was a biography of Stephen Gano, son of John Gano, important early American church planter responsible for starting First Baptist Church of New York City. Terry had already written on John and thought that Stephen was worthy of a monograph as well.

I agreed to consider the project and I received a box of material from PBP that Terry had collected. In the box was a copy of a printed sermon Undissembled Love to God and Man, the Duty of Christians and Masons that Stephen delivered before the Grand Lodge of Free and Accepted Masons in Providence, RI in 1800. It seems that Gano was a freemason. Regrettably, I was never able to discuss this interesting finding with Terry, but I did discuss it with Gary Long, pastor of the Sovereign Grace Baptist Church of Springfield and head of the press. Gary told me that not only was Stephen a free mason, but so was his son-in-law, the noted Baptist historian, David Benedict. Benedict was the first pastor of the Baptist Church in Pawtucket, RI, where he labored until the issue of freemasonry compelled him to resign his ministry. Coincidently, Benedict also spoke before the Grand Lodge in 1830.

While never being exposed to the movement up close and personal, I supposed that Christians opposed the movement generally. Charles G. Finney certainly did. But of the Baptist connection, I had little information. How could good and faithful Baptist pastors be involved in freemasonry? (Spoiler alert—I’m not going to answer that question here and not yet, so if you want to stop reading, feel free!) I was puzzled about this and as I had little connection with freemasonry with little knowledge of the group, I decided to investigate this interesting story. In my second essay on freemasonry, I mentioned Southern Baptist leader George W. Truett who was a mason. In fact, numerous Southern Baptist leaders (and laymen) have been masons. I have the new study of Truett and his nemesis J. Frank Norris on order. I look forward to seeing what, if anything, O. S. Hawkins says about Truett’s freemasonry.

I decided that this topic was worthy of a deep dive in the historical relationship between Baptists and freemasons in the United States. It is really quite a fascinating narrative. To date, my plan was to read a paper on this topic in two weeks at the Evangelical Theological Society, meeting in Fort Worth, TX but as we have no help with our son, I may be unable to attend. Still the fruit of my labor will be included in a book of essays being put together in honor of Terry Woelver. 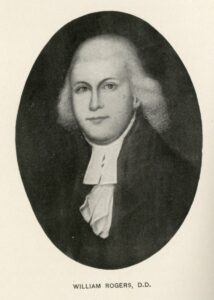 Let me say that through my research, I discovered a mixed reaction to freemasonry among Baptists in the late 18th and early 19th century. A number of leading Baptist pastors in New England had affiliation with freemasonry and delivered addresses or sermons before gathered masons. Many were masons and some were in masonic leadership. Samuel Stillman of Brattle Street Baptist Church of Boston delivered a sermon before “Free and Accepted Masons” in Charles-Town in 1785 entitled Charity Considered. Stillman was not a brother, but he spoke sympathetically on the masonic belief in charity. “With the Constitutions of Masonry I profess myself acquainted; and am pleased to find that by them, every mason is obliged to pay strict attention to his morals.” Other Baptist pastors, including Gano and Benedict, were freemasons and delivered equally conciliatory addresses before gathered masons. Some even gained recognition in leadership positions in lodges. William Rogers (1751–1824), pastor of First Baptist of Philadelphia (1772–1775), was active among Philadelphia freemasons, serving as Grand Chaplain from at least 1811–1821, regularly offering prayers at masonic meetings. He was periodically referred to a “Rev. Dr. Bro. William Rogers.” Benjamin Munro Hill (1793–1881), during his pastorate in New Haven, CT, was elected “Rev. Sir Grand Prelate” (1827) and eventually Generalissimo of the Encampment of the Masonic Knights Templar in New Haven (1829).

While there were numerous freemasons among the Baptists at this time, being a freemason was not without its troubles. Stephen Gano and seven others were accused of “devilry” by his wife at his church in Providence. Despite several attempts to mediate the issue before the church, Joanna’s (Gano’s fourth wife) accusations were finally brought before the church with Stephen reading the charges. As a woman, Joanna could not speak in the church meeting, so her husband read the accusations. Immediately after the reading of the charges, Stephen requested the church to act. Stephen and the others were not condemned by the church, whereupon, one of the men charged brought accusations against Joanna, not for her views on freemasonry but for her “unChristlike spirit.” Joanna left the church but remained in Providence, and they no longer lived together as husband and wife.

This is but the beginning of the story. Soon antimasonry would erupt in American life, in part over the mysterious disappearance of William Morgan who planned to publish an exposé on masonry, eventually Illustrations of Masonry, 1826. Many believed he was kidnapped by the masons and murdered in an effort to preserve their secrets. Some Americans became concerned over the political influence of the masons and formed an antimasonic party that became the first third party in American politics. Baptists were compelled to deal with freemasonry more regularly in church life. Historian Henry C. Vedder determined (197) that “many churches were divided by the question, and the growth of the denomination was seriously interfered with.”

This is but the opening of what has become a conflicted history. Baptists have not spoken with one voice about freemasonry. Some of our brethren have been strongly in favor of the society while others have been virulently antimasonic. There are reasons for both views—pro and con—among Baptists, but the discussion of these ideas will have to await a later day. Stay tuned. For now, I continue to expand my understanding of Baptists and freemasons. I actually think that a long treatment of the subject may be in order. Time will tell. The story is very interesting. Judging from my blog readership, others think so too. As a final remark, I have been surprised by the number of Baptists, since writing on this topic, who have shared their stories of freemasonry. On Monday, I talked to an older man, a retired pastor and lover of Baptist history, who informed me that his father and father-in-law were masons. He decided, as a young man, to not follow in their footsteps, a position that troubled them deeply.