Baptists and Freemasonry? Can a Christian Be a Faithful Believer and Be a Freemason? 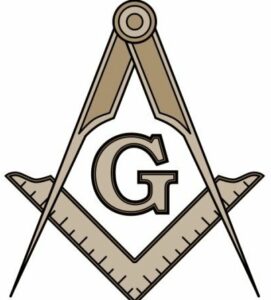 For many Christians, this may seem like an odd question. If their journey is similar to mine, they may know little or nothing about freemasonry. My dad wasn’t a freemason . . . that I know of, nor was anyone in my family, on either side. Again, not that I know of. What are freemasons to me? I have heard about them for years, but seldom given them a thought.

Freemasonry has been a part of the American experience since before nationhood. George Washington, Paul Revere, Benjamin Franklin and others in the earliest days of our nation were a part of the fraternity. Eight of the fifty-six founding fathers were freemasons as well as fourteen of our forty-six presidents, including Harry Truman, a Baptist as well as a mason. 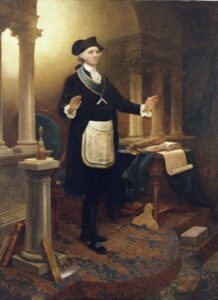 However, freemasonry, as a “secret society,” has been a problem for many Christian groups, perhaps with good reason. As one rises in the ranks of freemasonry, there are certain “secrets” that one learns that are not to be shared with non-masons. Aspects of their ritual are shrouded in secrecy. With the advent of things like the internet, few secrets remain for the world of masonry. But this secrecy is one of the reasons many Christian groups reject freemasonry.

In 2009, the Christian Missionary Alliance adopted a report that declared that freemasonry, as a secret society, “is not compatible with confession of faith in the Lord Jesus Christ.” Included in the report to their denomination was a list of other Christian groups who have formally espoused similar positions on freemasonry including the Roman Catholic Church, various Lutheran groups such as the Wisconsin Evangelical Lutheran Synod, Orthodox churches, various Presbyterian groups, some Methodist groups, the Assemblies of God, and others.

Strangely missing from the list of the CMA cobelligerents against freemasonry is any significant Baptist group. The two exceptions are the General Association of Regular Baptists and the Baptist Union of Scotland. What about the Southern Baptists? The CMA report goes on to summarize the history of the SBC regarding freemasonry. The issue was put before the Convention in 1992. As a result, the question was studied and a report was presented the following year. The report spoke of the incompatibility of freemasonry with Baptist doctrine along eight lines. Yet despite the negative report, the SBC Home Mission Board recommended to the Convention that “in light of the fact that many tenets and teachings of Freemasonry are not compatible with Christianity and Southern Baptist doctrine, while others are compatible with Christianity and Southern Baptist doctrine, we therefore recommend that consistent with our denomination’s deep convictions regarding the priesthood of the believer and the autonomy of the local church, membership in a Masonic Order be a matter of personal conscience. Therefore, we exhort Southern Baptists to prayerfully and carefully evaluate Freemasonry in the light of the Lordship of Christ, the teachings of the Scripture, and the findings of this report, as led by the Holy Spirit of God.” The SBC took no united action in the matter of freemasonry, although they have sought to clarify their statement. The North American Mission Board has also tried to show the real problems with freemasonry. Despite these actions, Southern Baptists have not responded with one voice on this matter, as individual churches have continued to have conflict over the issue. Many freemasons remain committed to both their church and freemasonry.

All of this may be interesting reading, a discussion of an obscure aspect of Christian history that many believers have little connection with. Why should this occupy my thinking these days and why should this occupy an essay this week? My first real acquaintance, up close and personal, with freemasonry came at a funeral several years ago at a Baptist church in Georgia. At the internment service, the man being laid to rest was given a funeral burial ceremony by his Masonic brothers. It was interesting with their white aprons and sprigs of evergreen. I had never seen this before and, while I knew of Masonry’s existence, I had never been in close proximity to freemasons to become more acquainted with their practices. I knew from the general study of American religious history that there were anti-masons among some Christian groups. I was aware that Charles G. Finney had been a mason and repudiated the practice, but I had never made this a matter of personal study until last month. I was asked to complete the work of another Baptist historian who suddenly was taken home to heaven. It was a planned biography of a lesser known but important Baptist minister of the late 18th and early 19th century. Would I be willing to finish this work for publication?

I agreed to consider the project and was shipped a box of material that my deceased friend had collected over the past several decades in preparation for this writing project. Included in the box was a printed sermon, dated 1800, that the subject of the book preached to a Grand Lodge meeting of freemasons held in a Baptist church. It seems that this man, a well-known Baptist pastor, had been a freemason. When I discovered this fact, I contacted the prospective publisher to discuss this revelation. He knew of the man’s masonic associations. He informed me that many Baptists have been freemasons and listed several names. While I knew that Baptist laymen were freemasons, a Baptist pastor or denominational leader as a mason? I wondered how this could be. I suppose if Baptist pastors could have been slaveholders, why couldn’t they have been masons? Of course this question suggests my inclinations were contra freemasonry, or what I thought it to be. Nevertheless, I just hadn’t considered the possibility of Baptist pastors as masons. However, if I did this book, it seemed that I needed to explore Baptists and freemasonry. Shouldn’t be too hard. There must be literature on the subject somewhere. I began to look.

In fact, I discovered numerous Baptist leaders down through the years have been freemasons, some of these men being well known, especially in the Southern Baptist world. Among the list of prominent SBC freemasons were Benajah Harvey Carroll (1843–1914), a Texas preacher who led in the formation of Southwestern Baptist Theological Seminary of Ft. Worth in 1908. Also George W. Truett (1867–1944), longtime pastor of First Baptist Church of Dallas, president of the Convention for a couple of years, and also president of the Baptist World Alliance (1934–1939). More recently, Baptist historian H. Leon McBeth and Southern Baptist statesman Herschel Hobbs were freemasons. This took me deeper into exploring the relationship between Baptists and freemasonry. How could Finney see a problem, but Baptists could not?

I am still in the midst of this investigation, but so far, what has become apparent is that while there were and likely are a number of Baptists among the freemasons (Southern Baptist estimates as of 1993 were between 400,000 and 500,000 members of both SBC churches and masonic lodges), since the end of the 18th century, Baptists began to question the relationship between freemasonry and Christianity. Was it possible for a Christian (or a Baptist) to simultaneously be active as a Christian and at the same time be a freemason? To date I have been unable to find any serious scholarship on Baptists and freemasonry. So, I decided to write an essay on this topic. It has been eye-opening to be sure.

At this point, I have not fully answered the question of the title to this essay either in my own mind or in writing—Can a Christian be a faithful believer and be a freemason? In the process of studying the Baptist relationship with freemasonry, I discovered a useful essay on this very question from the Gospel Coalition early last year. There is also this very helpful paper in The Master’s Seminary Journal in 1994. Both offer very helpful critiques of freemasonry. I will leave to a sovereign God the determination of who is in the faith and who is not. The more I study of freemasonry, the less compatible with Christianity it seems. If this is so, how could so many “good” Baptist brothers be committed masons? More to follow . . .