So Teach Us to Number Our Days

Introduction to my new blog

Welcome to my new blog! I have transitioned from full-time classroom work to semi-retirement. Thanks to my good friend Mark Ward and Forward Design, I am keeping up my academic work through my new website and the writing of this blog. This is a space where I can ponder the lessons God is working in my own life and hopefully encourage other believers in their walk with the Lord. Welcome to my inaugural essay. My plan is post articles occasionally as I consider happenings in the wider Christian world. This blog will not stray deeply into the political arena. There are several reasons for this. First, others have better things to say than I do. I will leave political commentary to the “experts.” Second, this world is not my home, I’m just passing through (as the song goes) so why should I expend a significant amount of energy pondering the temporal? The eternal has more significance, so I will dwell on God, his Word and his work in this  world. Third, no matter what happens in November, the Eternal One is still sovereign. He determines the who as well as the when and the what. Oh yes, I vote, but He is the One who rules. This is His world to do with what He pleases.

Thoughts on Our Current Global Crisis 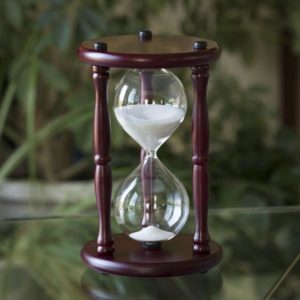 These are strange days in our world. Who would have thought last December when the word of a new virus was emerging in China, that the world would be gripped by a global pandemic? The last global crisis was a century ago when the Spanish flu decimated as much as 5% of the global population, estimated at just under 2 billion. The death toll estimates from that outbreak which lasted from 1918-1920 range between 17 million and 100 million worldwide. To date, about nine months into COVID-19, we have had about 775,000 deaths and 22 million infections–a long way from the pandemic of one hundred years ago. Of course, no one really knows the extent of the virus and only God knows the actual death toll. Hence, 2020 will be a year we will long remember as a year of uncertainty and fear. Things may get significantly worse before they get better. But remember, God is sovereign!

Last December, my personal journey was rocked by two serious calamities. The first happened early in the month when our chimney caught fire necessitating our immediate evacuation and a call to 9-1-1. Having a son in a wheelchair, the fear of fire is very real, and the roar of the blazing chimney brought us face to face with a possible catastrophe. Thankfully, our very professional Plymouth Fire Department, whose station was less than a mile from our home, arrived on the scene, quickly extinguishing the fire. No damage to the house was sustained other than the twin chimneys which needed repair due to the heat to make them safe again. $9500 later, we could use our fireplace in time for Christmas.

Shortly after the fire, I had occasion to fill the pulpit at an area church. After lunch, I sat in my comfortable easy chair for a nap or to read the paper. When it was time to go to church, I arose and was immediately chilled to the bone. We went to church anyway but I could only manage to endure five minutes of the service before I told my wife we needed to go home. I was very sick. At home, I returned to the easy chair. After a few minutes, I attempted to rise but immediately fell to the floor, having no strength to lift my rather large frame. My wife and some neighbors couldn’t help me rise, so again 9-1-1 summoned the local fire department and four strong men lifted me to a sitting position.

At this point, my memory is foggy. apparently I was talking rather incoherently (no surprise for my students!). One of the fireman offered to call an ambulance. Quickly arriving, the crew transported me to a local hospital and the next thing I remember was awaking up on Monday afternoon to the realization that I was in a hospital, but just why, I could not say. For the next five days, I was treated for sepsis, brought on by a leg infection. I was finally released on Friday and spent the next couple of weeks regaining my strength.

In the plan of God, my next pulpit supply was back in the same church where the day I became ill. As I considered upon what to preach, Psalm 90:12 came to my mind–“So teach us to numbers our days, that we may apply our hearts unto wisdom.” (KJV) God had reminded me recently of the fragility of life. This would make a good year-end sermon for the Lord’s people before whom I would soon preach.

As 2020 opened, COVID-19 was a small problem in China and few imagined how serious things were to become in the United States . . . until the end of February. This is when the Center for Disease Control marked the first death due to COVID-19, although deaths from this disease likely started three weeks earlier in the San Francisco area. Now Americans were becoming fearful. I preached twice in March before churches were closed. On both Sundays, March 8th and March 15th, I again took the saints in two other churches to the 90th Psalm for a reflection on the psalmist’s admonition–“So teach us to number our days to that we get a heart of wisdom.” Whatever God was doing in our world, it seemed to me that He was reminding us of our own mortality. Then the Minnesota governor ordered the closing of churches and my preaching opportunities ended for an indefinite period of time. Trips to San Francisco, to Richmond, to Romania and to Zambia were also cancelled. No one was going anywhere by air, at least.

I returned to the pulpit on July 29th, four months after COVID-19 closed the churches. Finally pulpit-supply opportunities opened as pastors could take some needed vacation. But things in our world were chaotic at best. The health crisis had only deepened and the death toll continued to rise. Fear seemed to grip our world. On top of the fear of the virus came civil unrest starting right here in Minnesota. It has spread across the United States and around the world. The occasion was the death of an African-American man at the hands of the police. Our city burned and a global season of anarchy seemed to erupt. Again the question came to my mind–upon what should I preach? What can I offer the Lord’s people at a time of unprecedented chaos and crisis?

Again I turned to the 90th Psalm–“So teach us to number our days, that we may get a heart of wisdom.” This psalm is a good and timely message to offer to believers and unbelievers alike. Moses, the author of the Psalm, starts with a reminder that God is eternal–“from everlasting to everlasting,” while man is temporal–we will return to dust. What a contrast–the eternal God and mortal humanity. As we walk in this world, our confidence must be upon God who will keep us through this chaos and bring us into His eternal rest. All COVID can do is kill us. To be absent from the body is to be present with the Lord! Why should we fear? At the same time, we must ponder the brevity of life–it is a vapor that quickly vanishes (James 4:14)–it should not be wasted.

Are you a believer? Do not fear the virus, God is sovereign. Take precautions, certainly, but do not fear. Are you not a believer? Life is short and uncertain. Trust Him for your future.