I have been to the Ukraine twice, teaching students and preaching in churches. I have walked the streets of Kyiv, broken bread with believers there and elsewhere in the Ukraine, witnessed the work of God in the country and seen its beauty. I stood on the banks of the Dnieper River where Vladimir the Great in 988 had his subjects baptized into Christianity, marking their official break with paganism. Regardless of what one may think of this mass baptism, today there is a robust evangelical movement in the country led by many fine men and women, some of whom suffered under the old Communist regime, though now they are aged. Younger brothers and sisters have risen to the occasion, trusted Christ and sought theological education so that they may evangelize and disciple their country men and women. 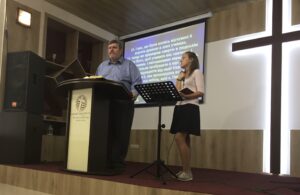 My heart is heavy with the recent news. After weeks and months of posturing, Vladimir Putin ordered Russian troops into the Ukraine this week. He did not want Ukraine to join NATO. As a member of NATO, the west could not have just stood by and watched Putin’s troops roll into the country. Putin’s agenda for a long time was to make the Ukraine a part of Russia. In 2014, Russian troops entered and took the Crimea in southern Ukraine, laying claim to it as historically Russian territory, whether it was or not. Now Putin’s forces are closing in on Kyiv. For those with historical perception, we are witnessing another Hitler marching into the Sudetenland all over again. In 1938, Adolf Hitler, under the pretext of uniting a part of Germany back with the motherland rolled into an area of Czechoslovakia without firing a shot. Of course, there is a principal difference between what we are seeing now and what we saw then—the Ukrainians are fighting back. Another principal comparison to what happened in 1938 is the posture of appeasement by Neville Chamberlain, the British prime minister and others. American president Joe Biden, Canadian prime minister Justin Trudeau and others are issuing sanctions against Russia and Putin, limiting financial opportunities, seizing assets, attempting to intimidate Putin into backing down. This seems unlikely to provide the necessary incentive for him to order the troops home, to suddenly leave the country. This has been a long time in coming, and Putin was ready. Not so much the west. 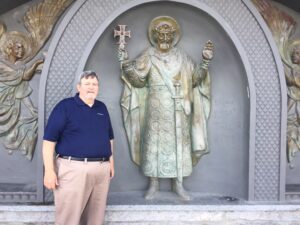 Putin thinks that Russia and the Ukraine should be reunited . . . They do have a shared history which is certainly complicated. Nevertheless, does a group of people, 44 million strong, have the right of self-determination? It is not like Ukrainians are welcoming Russian troops into their country with open arms. While some Russian Ukrainians might welcome the military action, most are resisting this aggression, with guns, Molotov cocktails, at times paying the ultimate cost, the destruction of their homes and death to their persons.

What does the future hold for Ukraine? Unless God intervenes, Russia seems poised to enter Kyiv and topple the legitimately elected government. President Volodymyr Oleksandrovych Zelensky is a wanted man who seems likely to have a price on his head. Even if he flees the country for reasons of self-preservation (who could blame him, but today he said he needed ammunition, not a ride!), his career as president may be headed for a very sudden end. Sanctions will not stop what is happening. What will? Will military action? Just over seventy-five years ago, the world saw the end of the last global conflict. Deaths are estimated at 75–80 million or 3% of the global population in 1940, estimated at 2.4 billion. Today, we stand on the precipice of another global conflict. As the world saw with Adolf Hitler, the only thing that might stop Putin is overwhelming military superiority.

Yet with the threat of the use of nuclear weapons, this will be a last resort. Hitler was a bully who had to be taught a lesson. Will Putin be the same? It’s beginning to look like he will. How should believers respond to the current crisis? What can we do? What should we do? 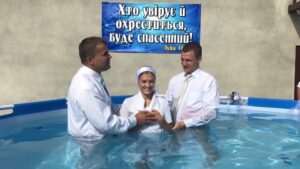 Let me offer some suggestions. You may think of others.

May God be merciful! We need God now more than ever! Even so, come Lord Jesus! 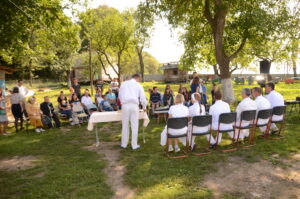 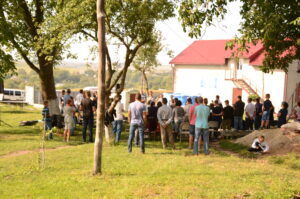